Weekly Outlook: Corn demand drop-off predicted over the near term

Weekly Outlook: Corn demand drop-off predicted over the near term 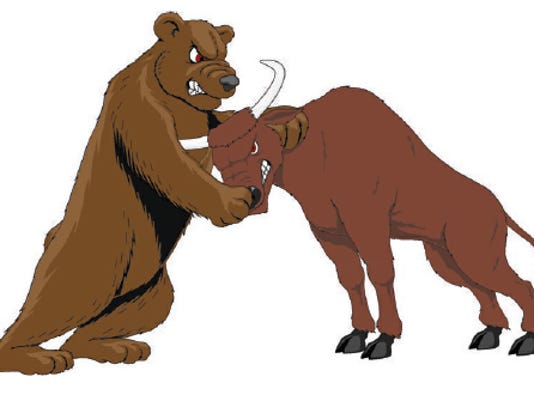 Sharp price drops across equity and commodity markets over recent trading sessions indicate that investors foresee a drop-off in economic activity over the near term. Only the duration and severity of the economic contraction remain uncertain, according to University of Illinois agricultural economist Todd Hubbs.

“A severe contraction extending into the summer does not bode well for agricultural commodity prices. Corn demand will suffer over the short run with corn used for ethanol setting up for particular weakness,” Hubbs says.

The wave of cancellations in response to the pandemic in the U.S. continue to pile up, Hubbs notes. An increase in canceled trips and reduced commuting in major metropolitan areas points toward a severe reduction in gasoline consumption. Estimates of a 15 to 20% reduction in gasoline use seem to be the expectation for many industry analysts over the next couple of months.

“While weekly estimates of ethanol production continue to show more than a million barrels a day through March 6, the prospect of reduced ethanol production looks certain,” Hubbs says. “If gasoline consumption falls by the expected amounts over the next two months, corn used for ethanol production may lose 120 to 170 million bushels. A continuation of reduced economic activity for an extended period will only exacerbate the demand loss.”

The price war between Saudi Arabia and Russia in the oil market saw gasoline prices fall and appears set to continue into the summer driving season, Hubbs explains.

“If the U.S. economy can recover, strong ethanol use looks likely as we move into the final months of the marketing year. Over the short run, the reduced consumption of corn used for ethanol places an added emphasis on export markets for corn prices,” he adds.

According to weekly export inspection and Census data, corn exports through March 12 totaled 669 million bushels. Exports need to average 42.9 million bushels per week for the remainder of the marketing year to hit the USDA forecast.

“The pace of exports still lags USDA’s 1.725 billion bushel forecast,” Hubbs states. “The potential to reach the forecast requires an expansion of export sales. While U.S. exports still face competition from Ukraine, buying out of South Korea and Japan hint at a continuation of corn sales over the near term.

“As China and other Asian nations emerge from the controls put in place during the coronavirus spread, an expectation of more robust exports appears plausible. The eventual size of Brazil’s second corn crop looks to be crucial for corn exports this summer.”

Hubbs notes that a substantial amount of the second crop in Parana, the second-largest corn region in Brazil, will go in outside the ideal planting window. Forecasts of dryness in the region require monitoring as the critical months of April and May arrive. A short crop in Brazil would pull down world supply and provide reduced export competition this summer for U.S. corn.

The current USDA projection for feed and residual use sits at 5.525 billion bushels. First-quarter use estimates indicated 2.634 billion bushels for corn. Livestock-on-feed levels remain elevated and point toward strong feed use in the second quarter.

“If the historical pattern of feed and residual use in corn hold this marketing year, the second quarter use may be near 1.547 billion bushels. The March 1 corn stocks, due out on March 31, could reveal how quality issues and low corn prices impacted rations,” Hubbs states.

Livestock prices fell sharply over the last few trading sessions on worries over reduced domestic meat consumption and disruptions to the supply chain for meat processing. Expanded meat purchases at grocery stores could offset some of the cancellations associated with restaurant and event closures. The impact on corn use for feed from the outbreak may not show up until later in 2020.

“Corn prices will reflect the uncertainty surrounding economic outcomes from measures put in place to combat the outbreak over the short run,” Hubbs concludes. “If the actions put in place lead to a relatively rapid turnaround, underlying demand fundamentals hold the promise of higher prices than currently reflected in the market. A severe economic contraction leading to a global recession opens the way for continued weakness in prices.”