Pumpkin pickers on the prowl for gorgeous gourds

Good year, or bad year, for pumpkins? Depends on who's talking.

Pumpkin pickers on the prowl for gorgeous gourds 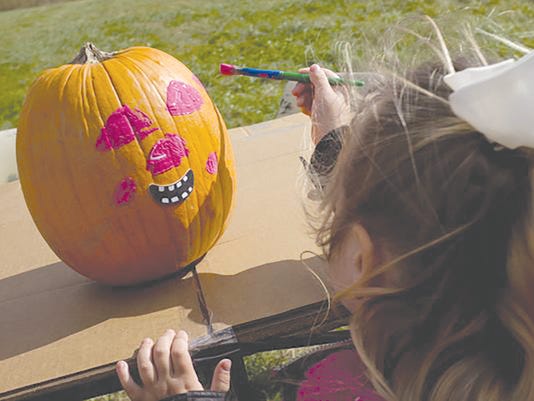 Depends on who's talking.

"It's been a good year," said Jeannine Schweihofer. Her family farms in northern Macomb County. "We just had a couple of acres, but lots of pumpkins."

But Kurt Simpson, the owner of F.C. Simpson Lime Co. in Kimball Township, said he didn't have a pumpkin patch this year because it was too wet during the spring to plant. He's still selling pumpkins, but they come from farms to the west.

"It was just a regional thing where it was too wet to plant," he said.

Simpson said it was the first time in 25 years he didn't have a pumpkin patch.

"In Romeo, they got their crop in," he said. "They've got pumpkins. In our business we know all the guys that grow them."

With Halloween less than two weeks away, there are pumpkins remaining at stores and roadside stands and even some places where people can pick their own.

Jim Ewald of Corn Fun Family Farm in Casco Township, said he has both you-pick and picked pumpkins for sale.

"We planted late but it's very good," he said.

"We also have different varieties. We have some white pumpkins and different gourds."

Lori Ruthruff at McCallum's Orchards in Grant Township said they had pumpkins, but the patch was picked out.

"We actually had quite a few pumpkins," she said. "At the beginning of the year we weren't too sure they'd make it."

She said pumpkin pickers were out early during the nice weather in September.

"Last weekend (Oct. 10-11) was probably a record-breaking weekend for pumpkins," she said.

Jennifer Dazer, of Grant Township, was out at McCallum Orchards with her daughter, Vanessa, enjoying the fall weather. Vanessa is 2.

"We just live around the corner, and I've never had a chance to come to a pumpkin fest before," Dazer said.

They grow their own pumpkins, she said.

Stan Pankiewicz, at Pankiewicz Cider Mill in Casco Township, grows his own pumpkins and has them for sale. He doesn't do you-pick.

"I got them in late because of all the rain we had," he said. "I probably dodged some of the disease by getting them in late.

"We got about eight ton off of two acres."

"I got a crew of young guys that have to go in there," he said. "Some of the pumpkins we have in there were about 45 pounds.

"The closer we get to Halloween the less the inventory is."

Todd Hulett grows pumpkins near Capac and sells them at Hulett's Farm Market and Greenhouse in Port Huron.

"We had a hard time planting them," he said. "It was too wet, but it came out better than it looked early.

"It's a fair season. We have enough to make it through," he said. "The last two weeks are usually our busiest."