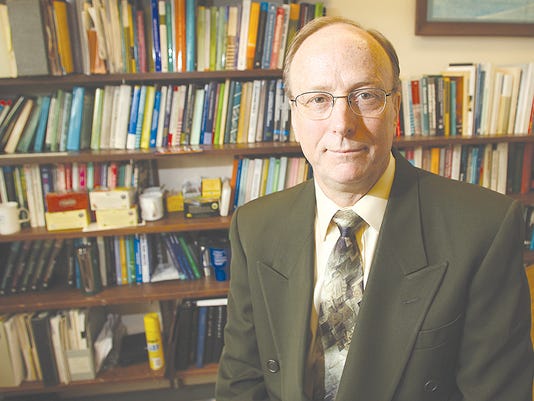 Rising temperatures and an increase in extreme weather events will likely have adverse impacts on global crop production, leading to higher food prices and food scarcity. But global markets that have the ability to deliver food where it is needed most could help offset these consequences, said Thomas Hertel, distinguished professor of agricultural economics.

Hertel presented his research at the American Association for the Advancement of Science's Annual Meeting on Feb. 14 in Washington, D.C.

"If the pessimists are right, if we see the worst-case climate impacts in agriculture, what could we do in terms of economic adaptation?" he said in an interview before his presentation. "Trade agreements could significantly moderate some of the worst effects on food security."

His talk, "The Underlying Climate Mechanisms of International Food Trade," was part of the symposium "Climate Change and Agriculture: Revisiting the Evidence and Potential Solutions."

Global agriculture stands to suffer under future climate change. A predicted increase in the frequency of extreme weather events such as droughts and floods could buffet crop yields over the next few decades. But short-term climate impacts will vary by crop and region, Hertel said, with some areas benefiting as crop production shifts geographically.

After 2050, however, the outlook for agriculture at the global level becomes "overwhelmingly negative," with warmer temperatures blistering crop production, decreasing the availability of food and boosting commodity prices.

"If we stay on the track we're on right now, climate will have mixed effects on agriculture in the near future, but after a certain point, all hell breaks loose," he said.

If models of future climate bear out - and notwithstanding potential climate mitigation or agricultural adaptations - variability in total U.S. corn yields from year to year will double by mid-century.

These fluctuations will likely lead to volatility in food prices and the commodity markets, Hertel said. But free trade and strongly linked global food markets could help counterbalance these swings, both from single events such as a severe drought in the Midwest, as well as long-run declines in crop yields, particularly in the tropics.

With current trade policies, the number of people in South Asia suffering from malnutrition would rise 120 percent by 2050 under the worst-case climate change scenario. Economic models indicate that fully integrated world markets would dramatically stem these effects, offering "insurance" against the most severe outcomes predicted, Hertel said.

Importantly, research on the impacts of climate on poverty must avoid using crop prices as a metric for food security, he said. The effects of higher crop prices vary widely by country and household, and some studies have shown that higher food prices have actually lowered absolute poverty.

"The majority of the world's poorest are rural households, many of which are involved in agriculture," Hertel said. "Higher food prices lead to higher farm incomes as well as higher wages in agriculture."

Urban households, on the other hand, could be hard hit by rising food prices - particularly the poorest households, which devote a large share of income to food.

"The perverse thing about the global food system is that the people who are forced to adjust to higher prices are the poorest, the ones who are least able to do so," Hertel said.

In an unfettered global economy, trade patterns could respond to these shifts in prices, giving low-income households access to food at better prices and significantly reducing food security risks.

But historically, the global food trade has not been obstacle-free, limiting the market's ability to adjust to changes. Limiting market flexibility are biofuels mandates, tariff and non-tariff barriers, poor infrastructure, outdated customs procedures and the tendency of countries to impose export bans in times of food scarcity.

"We won't regret removing some of these barriers to international agricultural trade, regardless of future climate scenarios, but we will especially appreciate having done so if the worst-case scenarios become a reality."

Hertel is the founder and executive director of the Purdue-based Global Trade Analysis Project, or GTAP, a network of more than 13,000 researchers and policymakers in 160 countries that aims to improve the quality of global economic analysis.