Leah O'Connor, a national championship runner, is the new spokesperson of Michigan dairy. 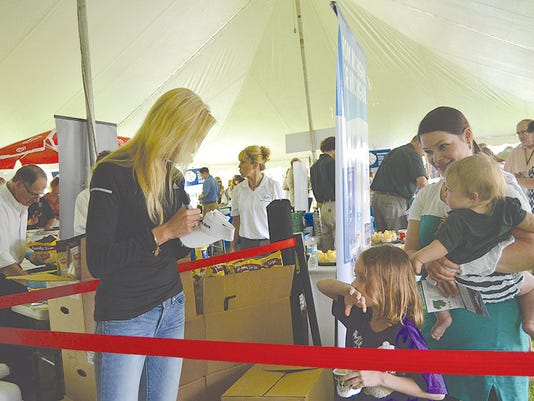 Leah O’Connor signed visors for anyone who wanted one.(Photo: Photo by Melissa Hart) 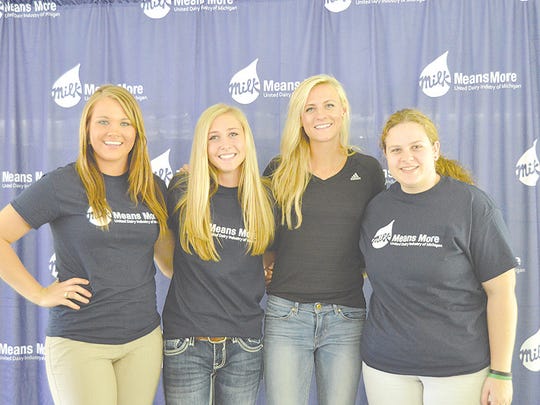 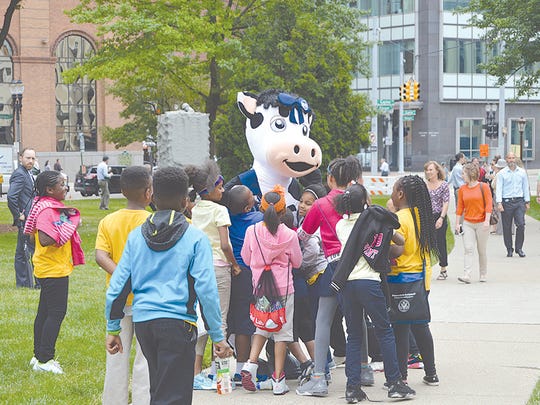 One cow was in attendance and she was a big hit with the kids. (Photo: Photo by Melissa Hart)

Dairy Awareness Day at the Capitol gave everyone a chance to enjoy some free dairy treats. (Photo: Photo by Melissa Hart)

Leah O’Connor, a National Champion runner from Croswell, Michigan graduated from Michigan State University in 2015 and is now in training for the Olympics. While at MSU she was a 12 time Big Ten Champion and a two time NCAA Division I Champion. “I run about 75-80 miles a week, I lift weights twice a week and meet with a personal trainer every Monday.”

Touting the goodness of dairy in the diet, O’Connor spoke at Dairy Awareness Day at the Michigan Capitol while state wide dairy businesses and food processors offered free dairy treats to anyone and everyone who was near the capitol. The annual June dairy month event is designed to create awareness for Michigan’s dairy industry which contributes $14.7 billion to the state’s economy.

O’Connor has dairy in her family roots and grew up drinking milk at every meal. As a student athlete at MSU she continued to use dairy as a building block to her athletic success. “I eat a lot of yogurt and cheese, actually cheese is my vice.” She continued, “A lot of athletes go to chocolate milk as their post workout recovery drink because it has the perfect balance of carbs, protein and sugar.” She added, “It’s kind of cool that I do have those ties to the dairy industry because in college I was drinking chocolate milk after workouts anyway because they provided it at Michigan State. It was upstairs in our weight room and we would go up and they had a fridge full of chocolate milk for the athletes.”

O’Connor has been injury free since she began her running career and attributes that not only to great coaching and a running regime that allowed her to slowly get stronger but also to her parents who provided solid meals growing up. “I came from a family of six kids and we ate what was on the table and that was usually steak, potatoes, sometimes pasta and milk.” O’Connor said in college she put her body through the wringer but she was able stay injury free and she attributes that to her parents’ guidance on a healthy diet, “I thank my parents a lot for setting me up for success in that area.”

“Michigan dairy processors and farm families are proud to be part of an industry that produces such a safe and wholesome food that continues to be a nutritional bargain for families at a cost of about 25 cents per glass,” says Jason Wadaga, Vice President of Government Affairs for the Michigan Dairy Foods Association (MDFA), a trade and membership service organization representing the nearly 90 dairy processing plants located across the state that has sponsored and organized the annual event for more than 20 years.