If you have boxes of Kellogg’s Honey Smacks cereal, throw them out 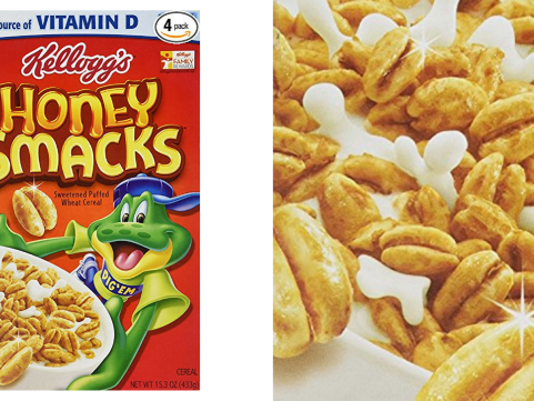 If you have boxes of Kellogg’s Honey Smacks cereal, throw them out or take them back to the store, the Centers for Disease Control and Prevention is urging.

An outbreak of 73 Salmonella infections in 31 states has been linked to the cereal. One case has been reported in Ohio, one in Kentucky and three in Indiana. Twenty four people have been hospitalized.

OUTBREAK: An outbreak of 73 Salmonella infections from 31 states has been linked to Kellogg’s Honey Smacks cereal. Do not eat recalled cereal. Throw it away or return it to the place of purchase. https://t.co/G5WyEiWp5Apic.twitter.com/YjqMTJbQYx

According to the CDC, even if some of the cereal was eaten and no one got sick, throw the rest of it away or return it for a refund.

If you store cereal in a container without the packaging and don’t remember the brand or type, throw it away. Thoroughly wash the container with warm, soapy water before using it again.

Most people develop diarrhea, fever and abdominal cramps 12 to 72 hours after being exposed to the bacteria.

Illnesses started on dates from March 3 to May 28. Illnesses that occurred after May 22 may not as yet have been reported.